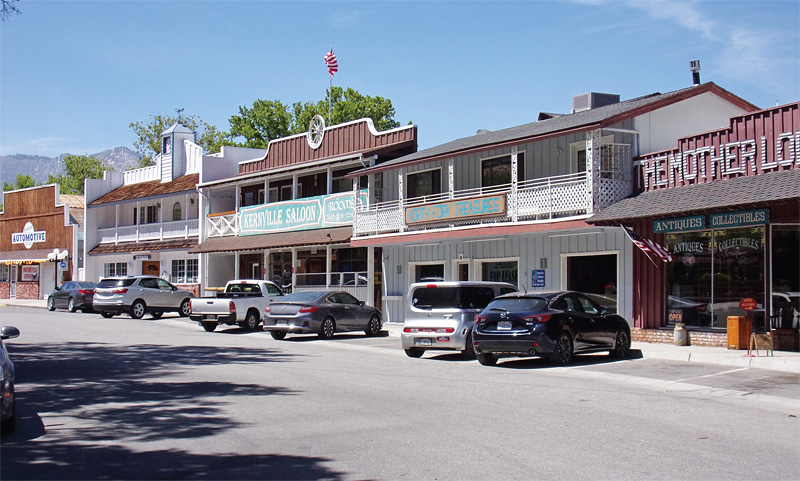 Downtown Kernville is seen on a summer day. PHOTO BY AARON CRUTCHFIELD

The Kern River Valley Historical Society was formed in 1967 to preserve and record the rich history of the region, celebrating their 50th anniversary in 2017. Eleven people met at Ardis Walker’s home in Kernville. The Society filed incorporation paperwork in 1968 with 95 charter members envisioning that a museum would ultimately be built. They worked with the Art Association to build the Kernville Chamber of Commerce building in which a museum area was included. It opened in 1975.

The Historical Society remodeled the doctor’s office and with substantial donations of artifacts from the local community, and the present museum was opened to the public. Since the Kern River Valley Historical Society is an all-volunteer organization, the Society was able to open and continues to provide free admission to the public. There are over 12,000 visitors each year to the Museum.

By 1993, the Historical Society ran out of room to display all the holdings so added on to the exhibit area. In 2005, the Society built an outside venue for meetings and the popular summer time evening showing of movies filmed in the Kern River Valley. It became known as the Pack Station. In 2010, the Pack Station was expanded to provide shade cover from the hot sun.

In 2014, the lot across the street from the Museum was donated to the Historical Society to house the holdings of the Ardis and Gayle Walker House. The facility will make the contents more accessible to the public for research and to provide room for educational seminars. Construction of the new ‘Annex’ was completed in October 2016. The Annex opened in the Spring of 2017.

With sustained community support and thousands of volunteer hours over the last 50 years the Historical Society has achieved wonderful results in preserving the history of the Kern Valley and created a museum for which they are justifiably proud. The Museum is open Thursday through Sunday from 10 a.m. to 4 p.m. and the Annex is open Monday, Wednesday and Saturday.