Owens Valley History Is Alive and Well in Independence 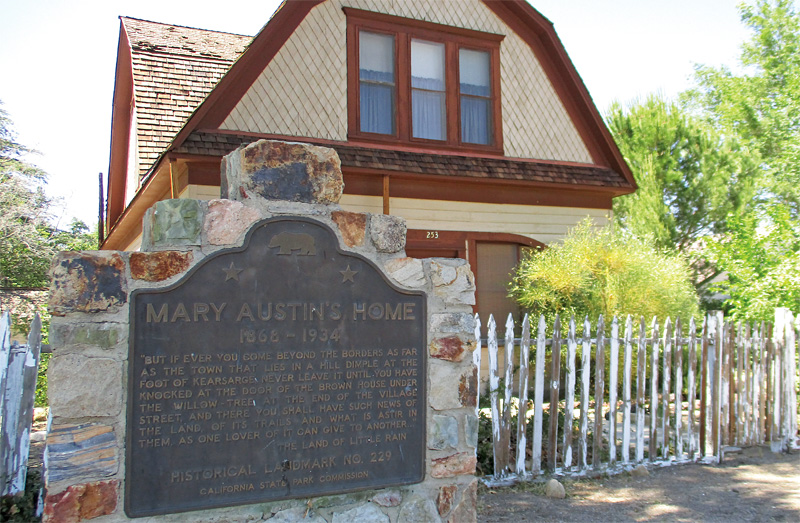 The home of author Mary Austin is now a California Historic Landmark. PHOTO BY AARON CRUTCHFIELD

Independence, the county seat of Inyo County, may be one of the smallest towns along 395, but it is steeped in history and rich with character. The town is named after Camp Independence, later Fort Independence, located a few miles north of the town proper. The Camp, established on July 4, 1862, was used as an outpost during the Owens Valley Indian War of 1862-63. The location was eventually used as the site of the Fort Independence Reservation of Paiute Indians.

An early writer of Native American life was Independence resident Mary Austin. Her home in town is a California Historic Landmark. Austin’s best known for her work, “Land of Little Rain” (1903), a collection of essays chronicling the inhabitants of the area’s stark landscape.

Not far from Austin’s home (nothing is too far from anything else in Independence) is the Winnedumah Hotel, a charming bed and breakfast built in the 1920s by Walter Dow of Lone Pine for Hollywood types filming in the area. He is also the namesake of the Dow Villa Motel in Lone Pine. The hotel made it into “Dinner and Spirits: A Guide to America’s Most Haunted Restaurants, Taverns and Inns.”

Independence is also the only place in the county to see Neo-Classical Revival public architecture. The middle of the high desert is an unlikely place for Greek architecture-type columns but they have held up the Inyo County Courthouse since the 1920s. The courthouse was placed on the National Register of Historic Places in 1998. The steps and columns have seen the likes of Charles Manson and his notorious family, arrested in 1969 at the Barker Ranch in Death Valley.